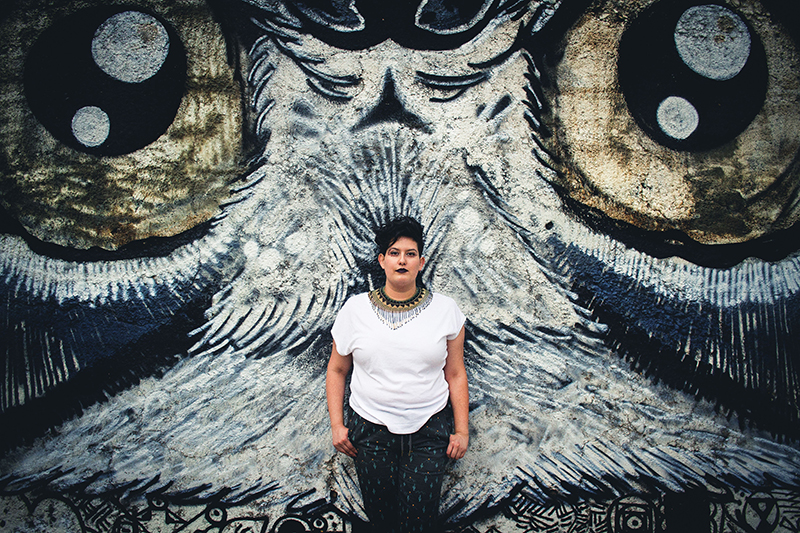 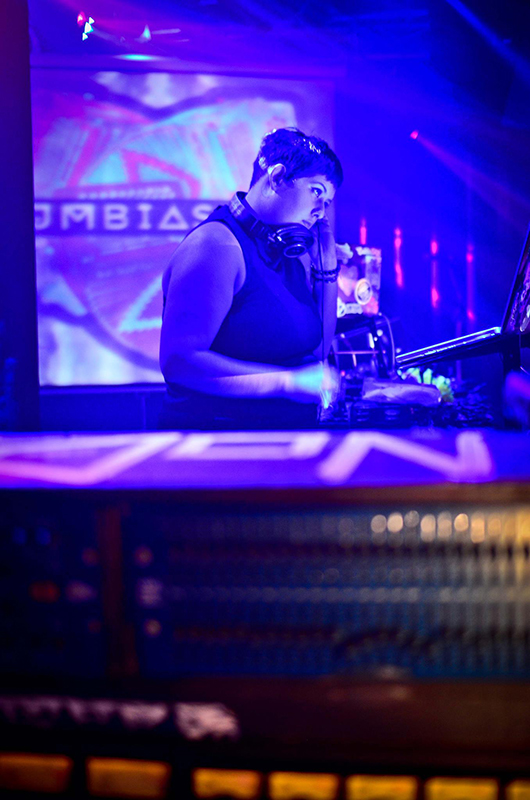 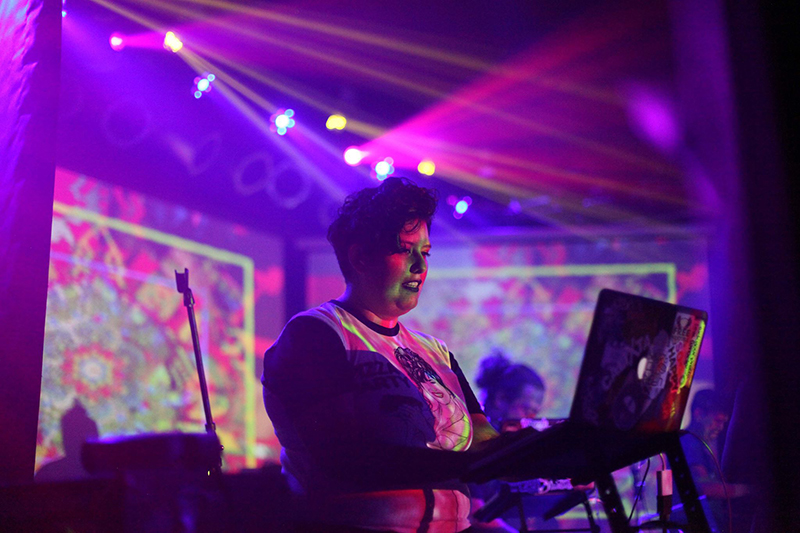 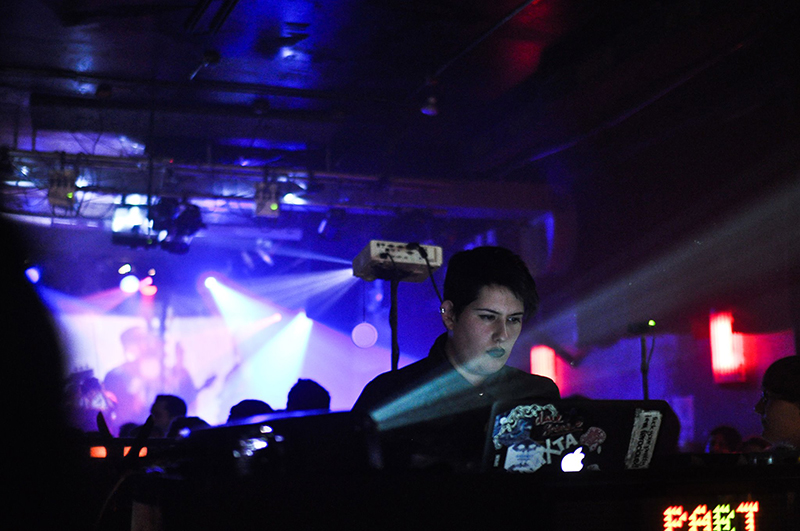 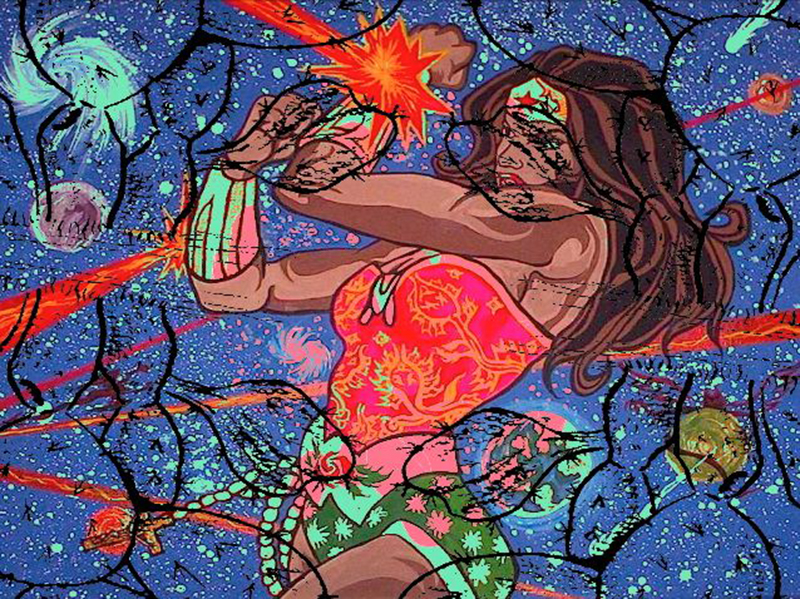 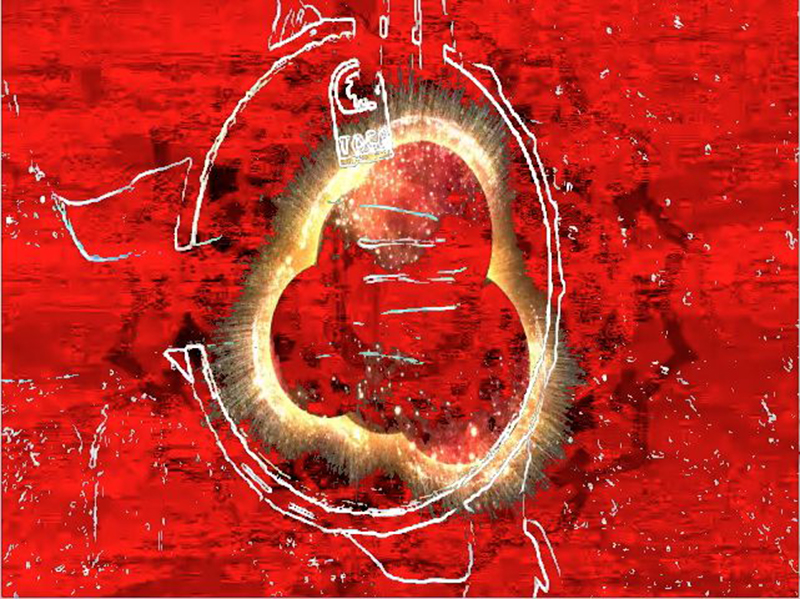 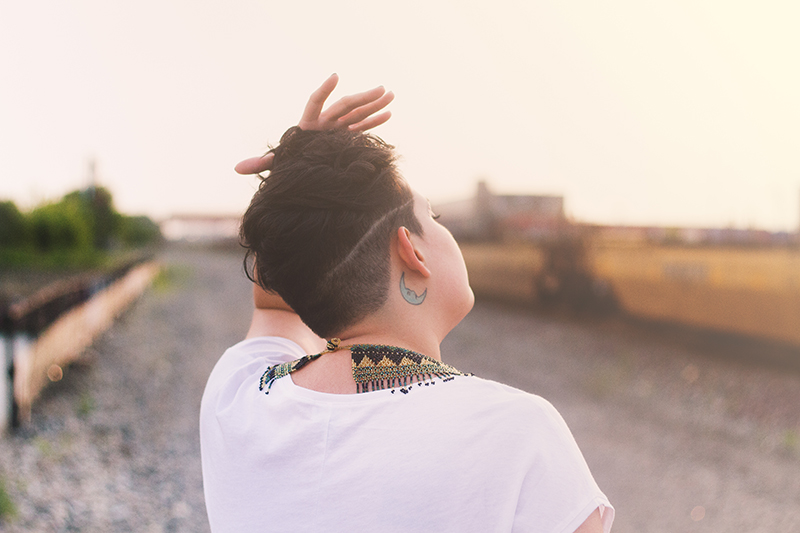 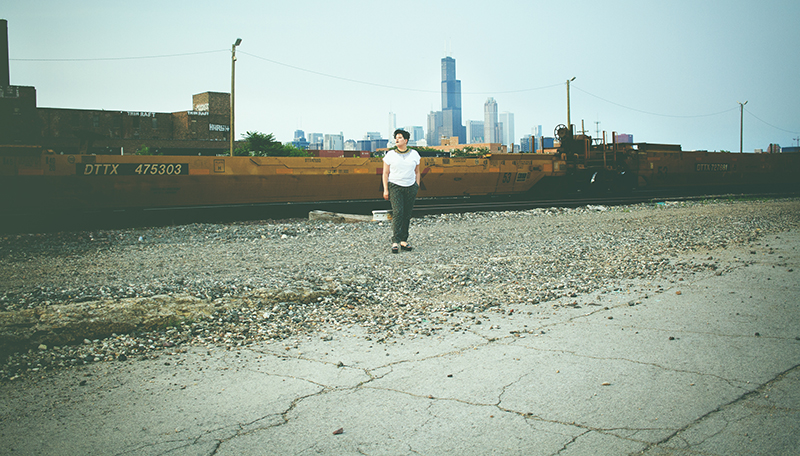 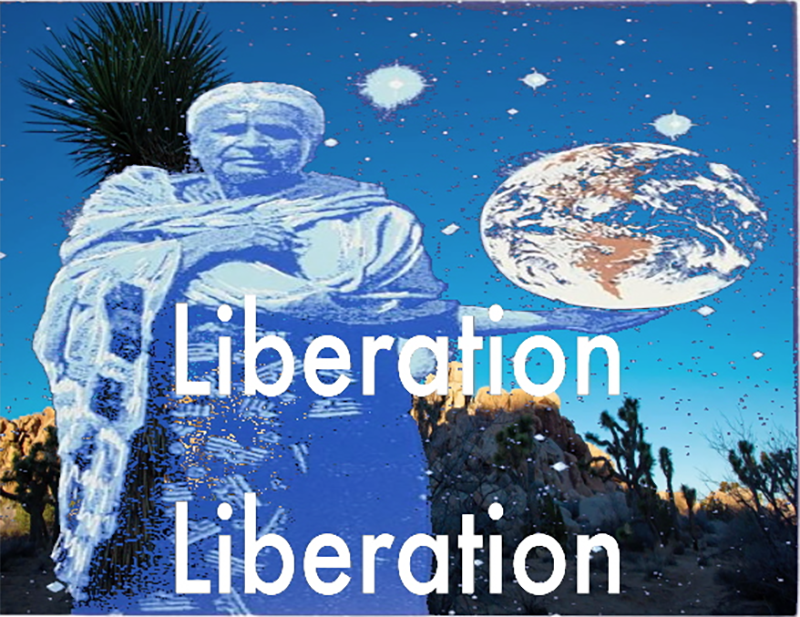 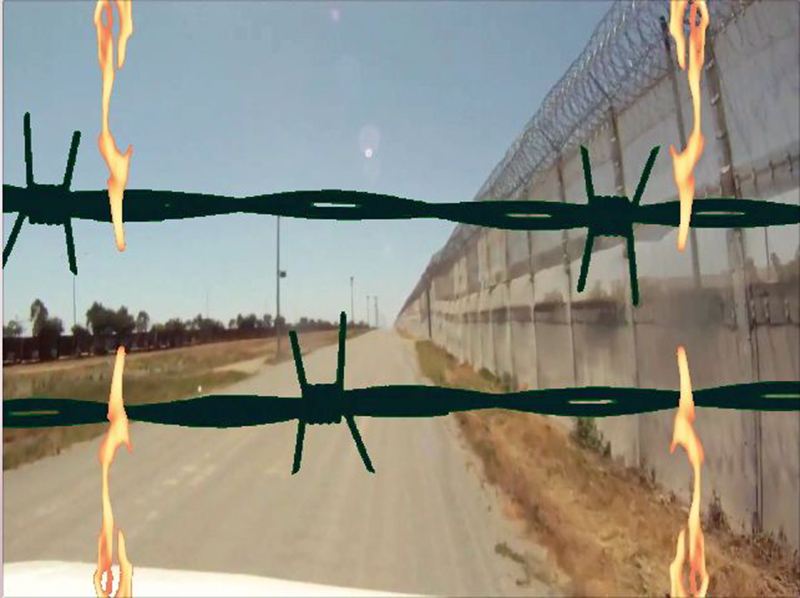 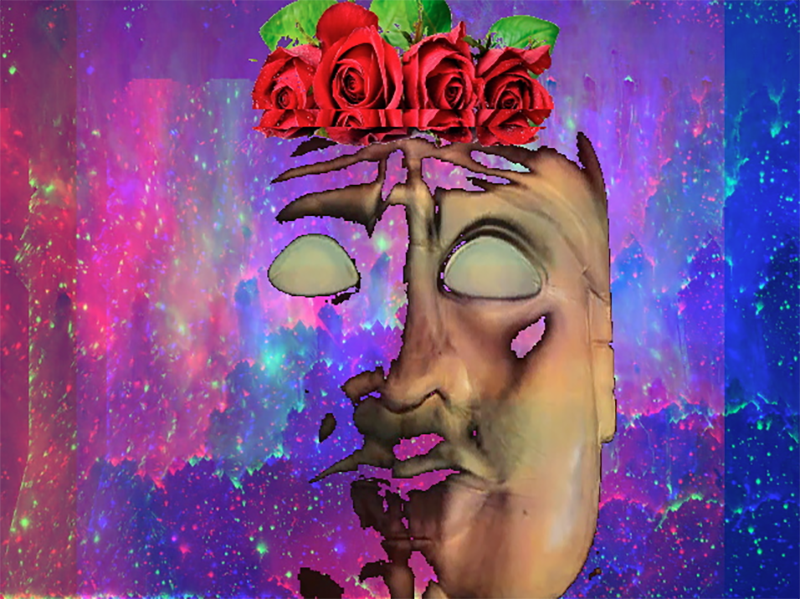 Isabel “Calixta” Arellano is a DJ/VJ who specializes in soulful, cosmic Latin rhythms. Whether she’s spinning, or bridging visuals into music, her goal remains to elevate souls and inspire dreaming, as her artistic focus is to craft healing dancefloors and spaces.

Since 2012, caliXta has been honing her craft and realizing a vision of creating respectful and healing dancefloors.

caliXta DJs and VJs as an independent freelancer and as part of Chicago’s CumbiaSazo crew. Although originally from Chicago, a lot of her formation and scheming around liberation and revolutionary partying started in DC from kickbacks with friends and Maracuyeah and Anthology of Booty queer femme parties. Those gatherings, whether around someone’s coffee table or at a club, became so essential to her life and self-expression.

When she moved back to Chicago in 2011, she felt like similar soul-elevating spaces weren’t common in Chicago, and was having a hard time finding spaces to hear some kinds of music she thought were so beautiful and enriching. She helped co-found dále shine with several friends to spin and create a scene for a wide variety of digital Latinx music in Chicago.

In 2013, she joined the CumbiaSazo crew and found kindred spirits with which she could continue working toward the goal of creating new and communal spaces through art and music.

Since 2012, caliXta has been working on learning and honing her craft and continuing with her vision of creating dancefloors that are respectful and healing. Along this journey, she struck out to live fully in her art and philosophy by becoming a full-time artist. She has been fortunate to be able to work with many talented artists, collectives, parties and organizations along her journey, who continue to shape her visions and dreams. Her philosophy is to create and bridge spaces through an audio-visual experience from around the world that people will love, to integrate visuals into music, and bridge sounds across genres.

“A World at Peace” Video Installation at FLATS Studio
August 19, 2016
Installation Description: “The concept of “world peace” has become so trite that it has become all but meaningless, even laughable at times (a mindless trope). caliXta’s A World at Peace installation seeks to overturn the distant concept of world peace, and bring it home into tangible experiences of how world peace would feel in our day to day. The intended impact of this project is to inspire people, give hope, and transport the audience to a different world, in hopes that the mere act of visualizing the world we want to live in can create, build and feed our dreams for the future.” 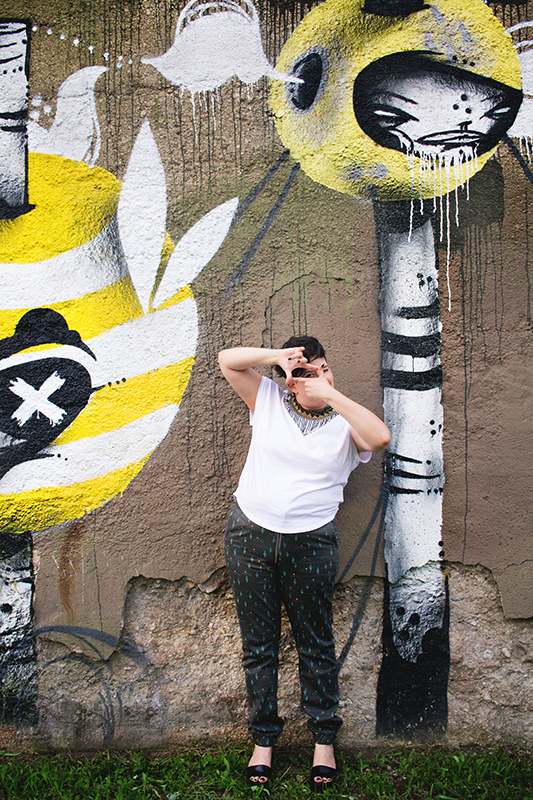 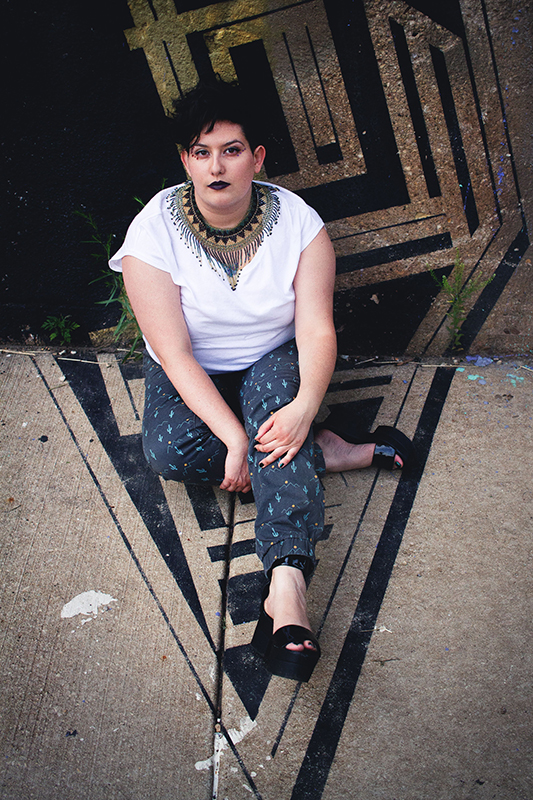