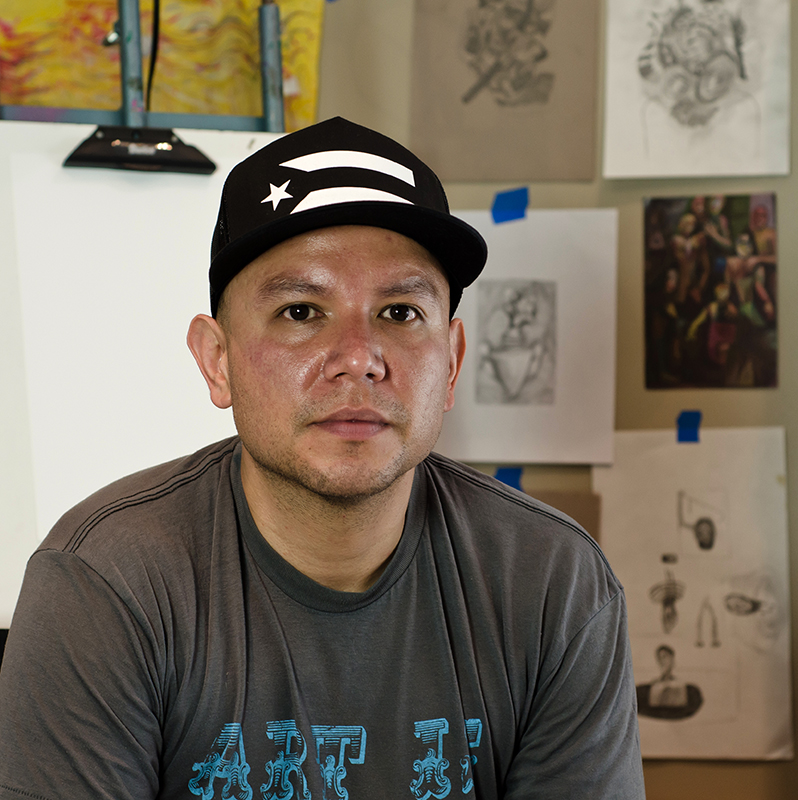 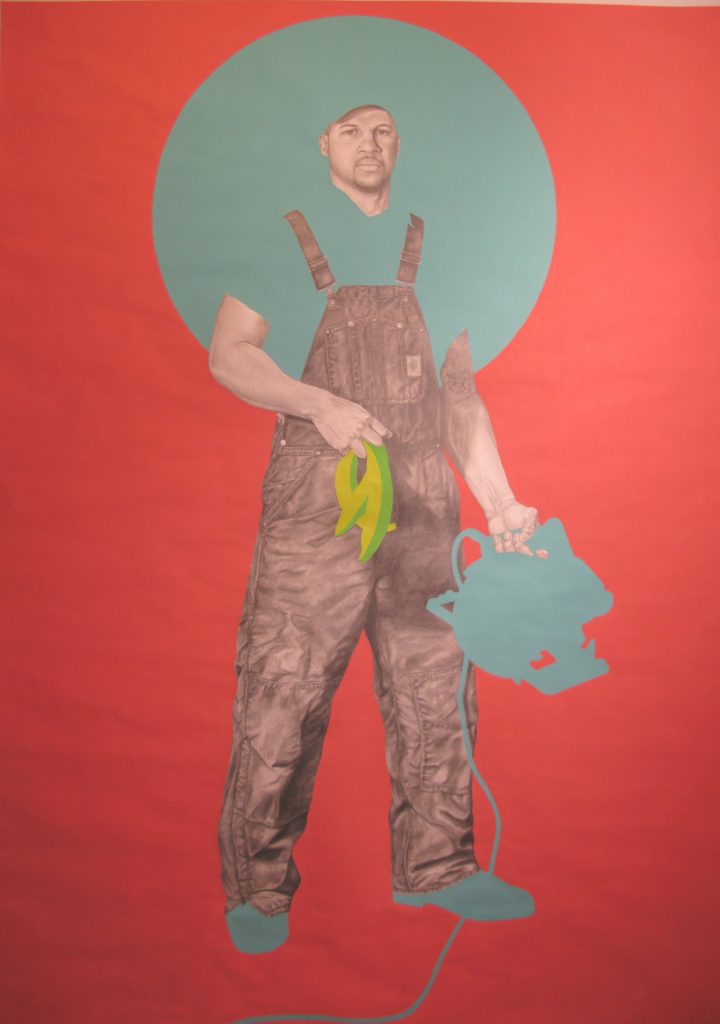 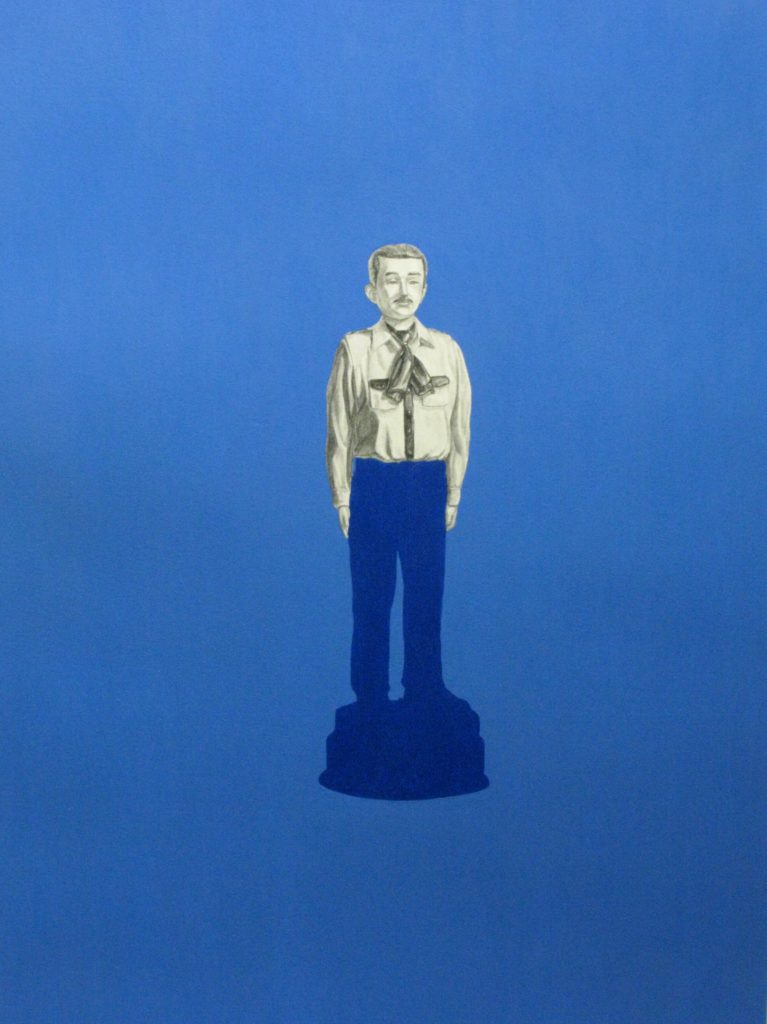 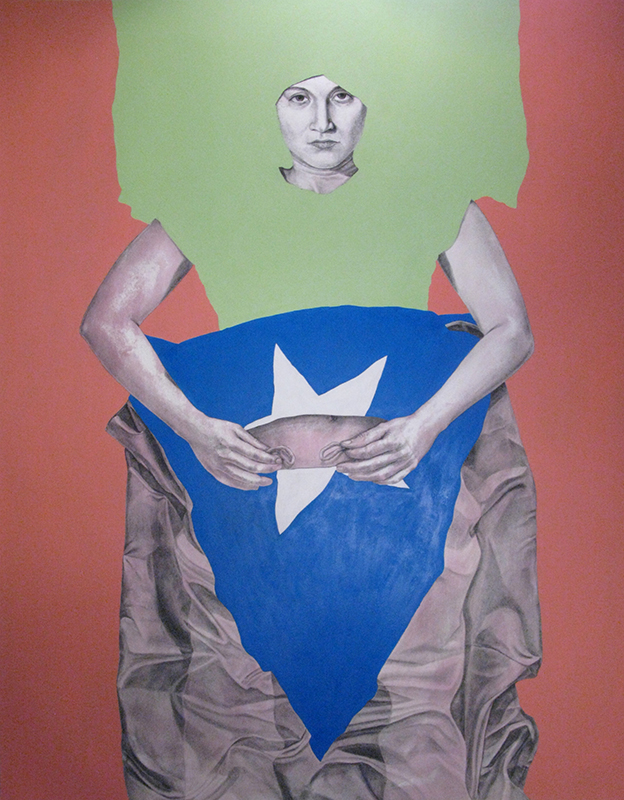 Dante Rodriguez was born in Uruapan, Michoacán, Mexico in 1978 and raised in Lorain, Ohio by a Puerto Rican family. Always drawing as a kid, it was “natural to study art in college.”

He received a BA in Studio Arts from Cleveland State University. Although his concentration was in Drawing, he took additional courses in painting, printmaking, and sculpture. During his time at Cleveland State, he was a gallery attendant at the Cleveland State University Art Gallery where he learned art handling, exhibition design, installation, and lighting. This experience eventually led him to a position as an Art Handler at The Cleveland Museum of Art and on to his current position as Mount maker within the Exhibition & Design Department.

Dante has been researching his transnational or bi-national cultural background as a Puerto Rican-Mexican and exploring the different social dimensions of his multiple identities. Rodriguez’s work uses the possibilities of portraiture to explore the layers and complexities of personal identity as influenced by time, personal experiences, and national and transnational culture.

Dante’s portraitures, both in representational and abstract forms, are informed and filled with complex narratives that have the power to generate multiple interpretations. His work is characterized by powerful drawings intersected by strong and brilliant colors and shapes that invite to think about the self as a fragmented and distorted metaphor that reflects the constant flux of our multiple identities. Dante states that he wants to “reassess identity as an abstract idea that is intangible and can be questioned to form a new image of ourselves.” His work is in numerous private art collections. He has participated in community events, such as the Day of the Death in Cleveland, The Cleveland Museum of Art’s Parade the Circle, and the Chalk Festival. He has exhibited at Cleveland West Arts League, Mansfield Art Center, Cleveland State University Art Gallery, Doubting Thomas, Beth K. Stocker Art Gallery, Oakland Center for the Arts, Sandusky Cultural Center, The Cleveland Museum of Art, and the former Wall Eye Gallery, a contemporary art gallery in the Gordon Square Arts District in Cleveland that he and six partners opened in November 2009. The gallery closed in October 2011, after organizing around 27 shows. 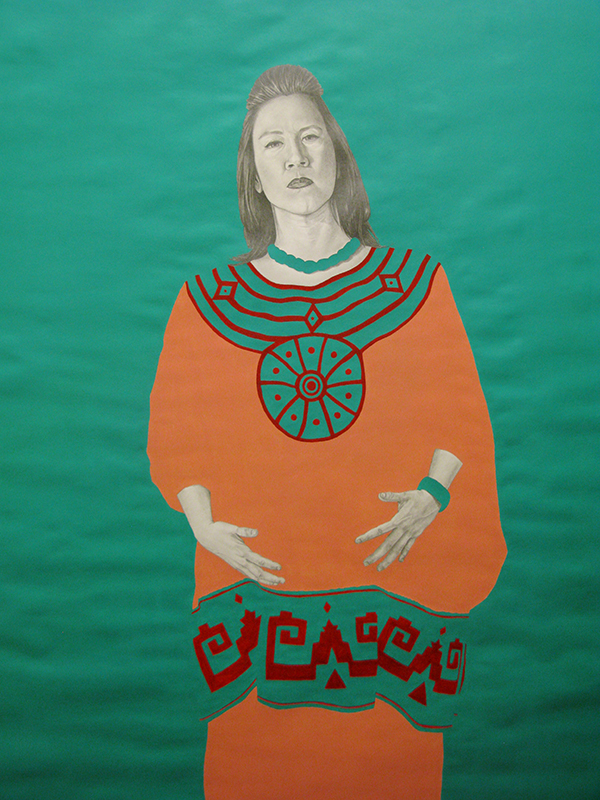 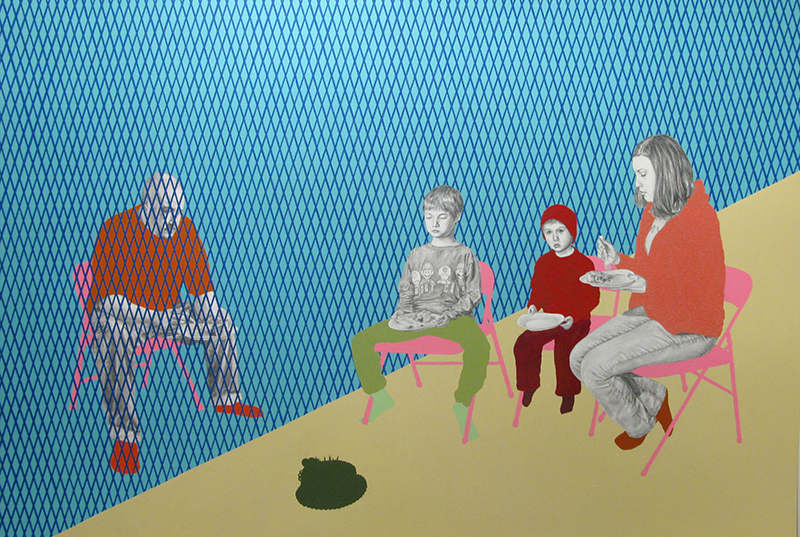