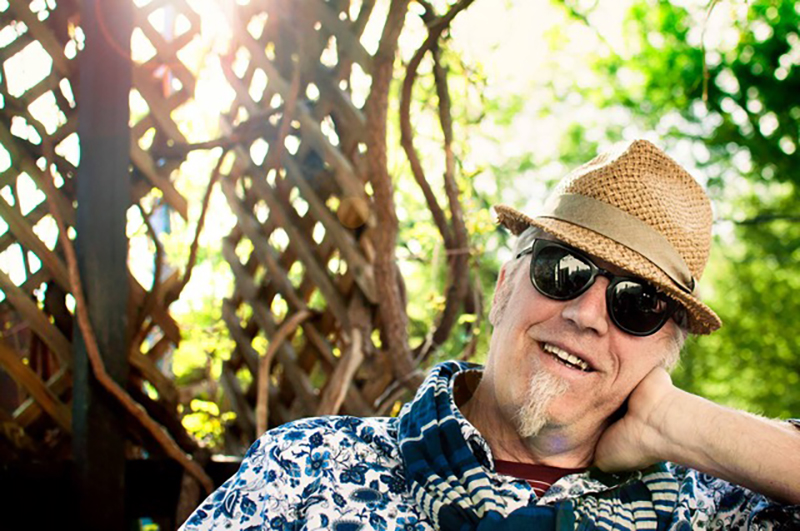 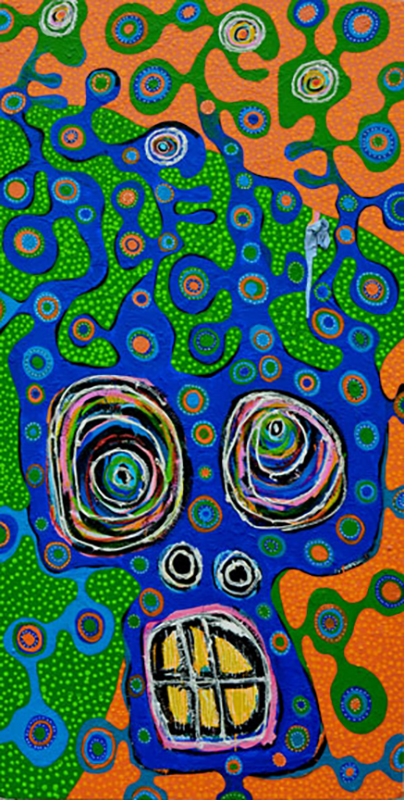 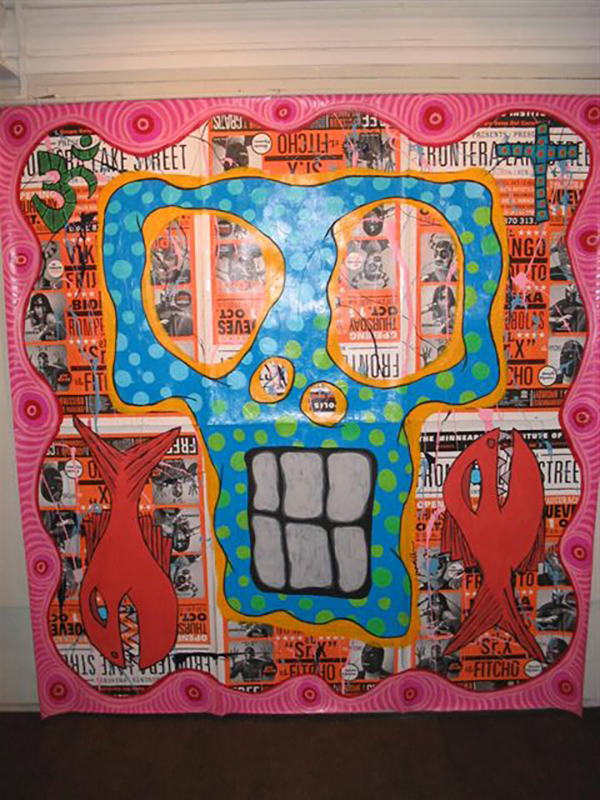 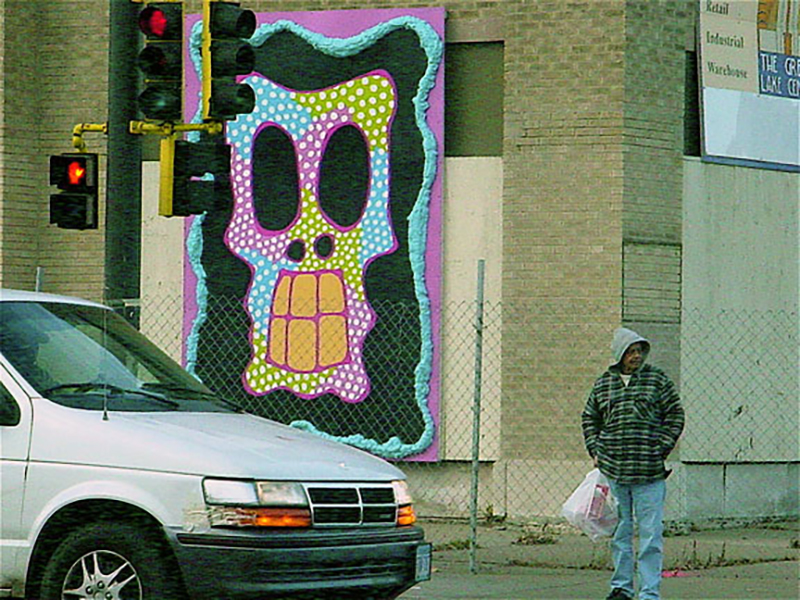 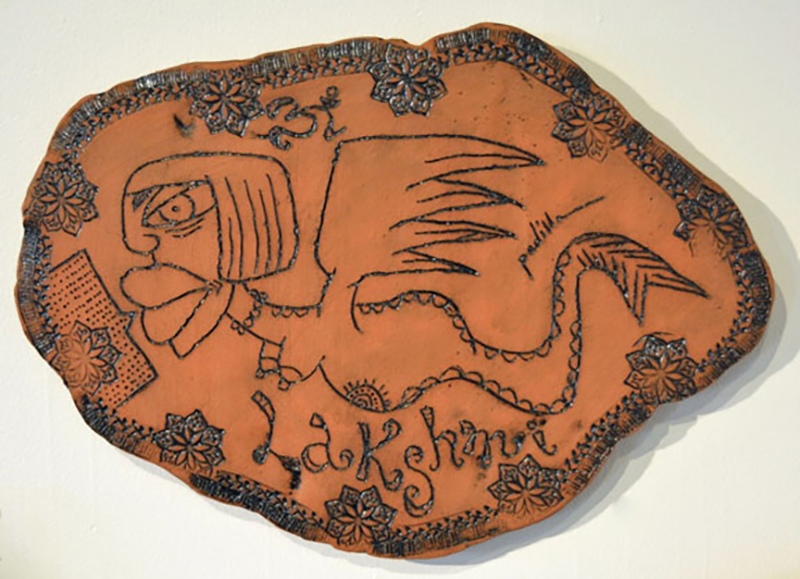 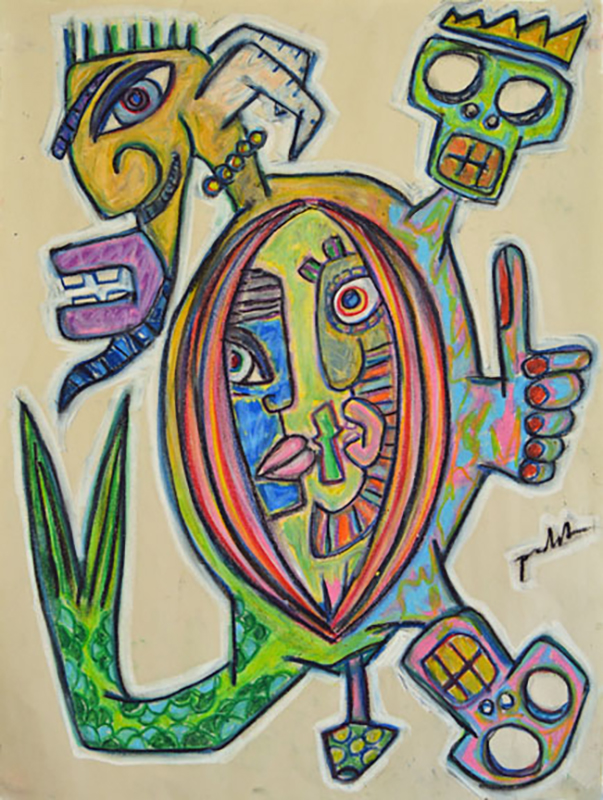 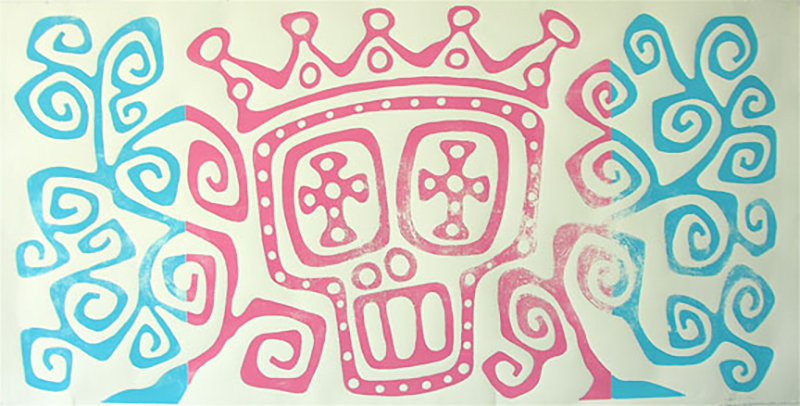 PLAINS DAY OF THE DEAD 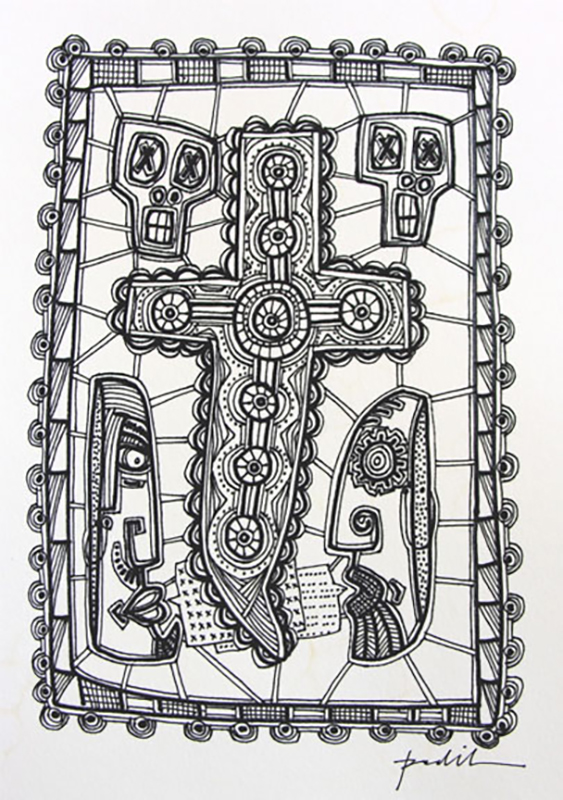 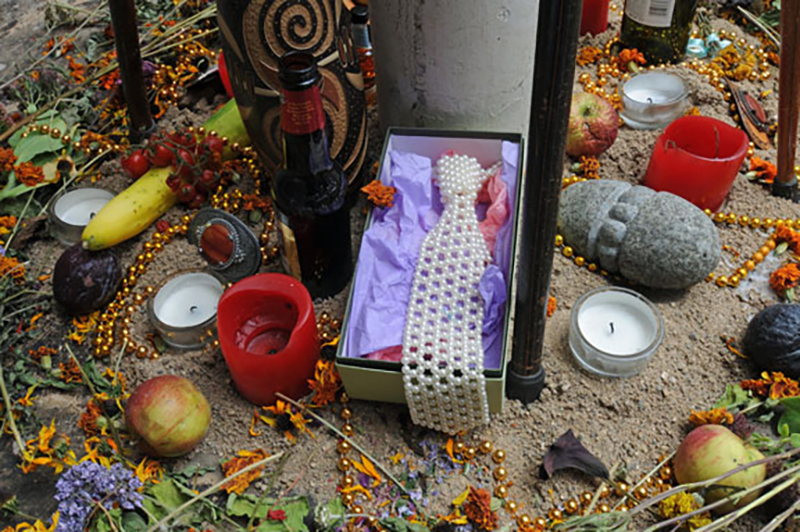 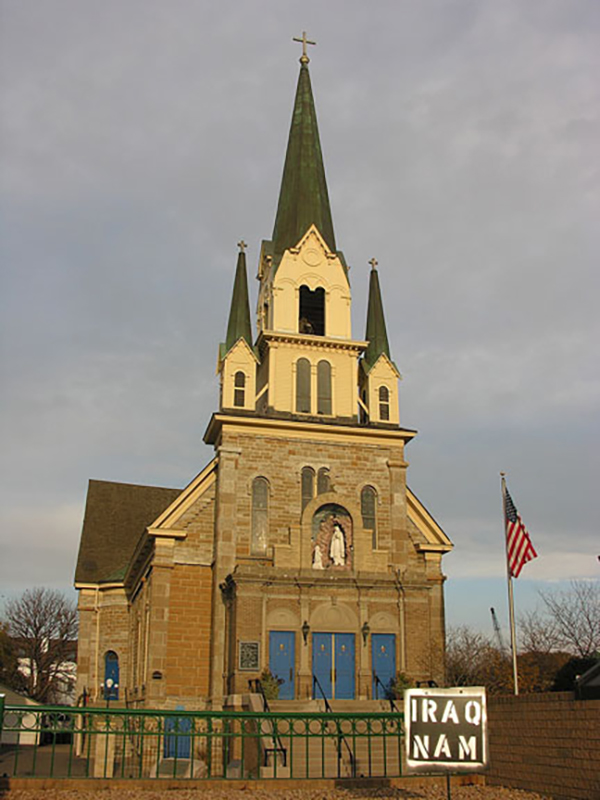 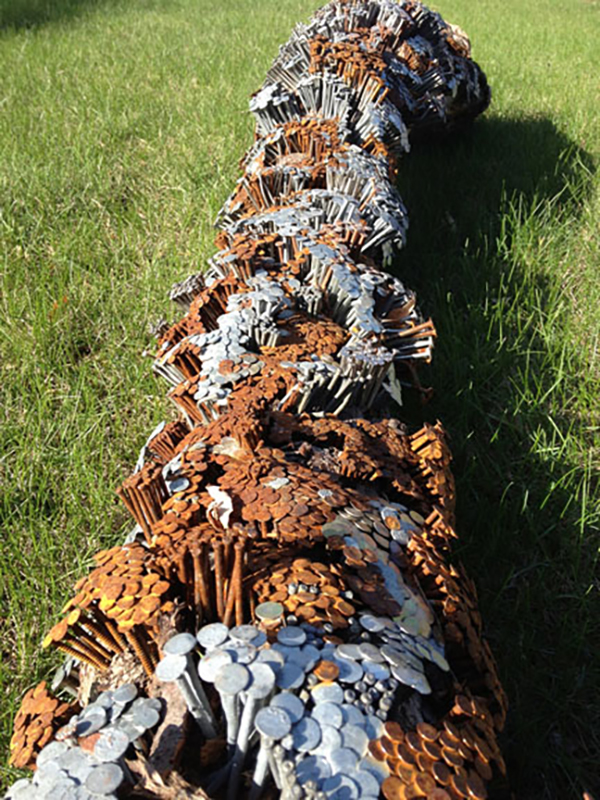 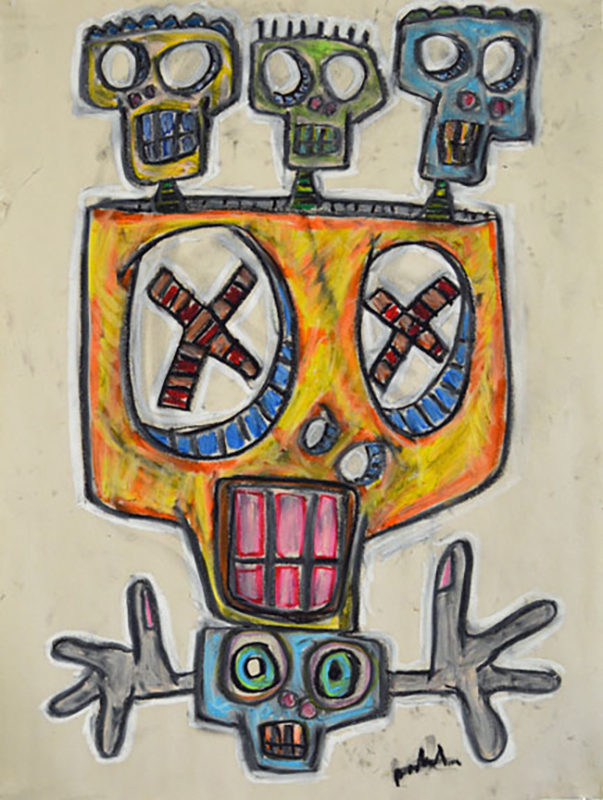 Dr. Swami Lucky Dougie Padilla is a self-taught visionary artist of Norwegian/ Mexican/cowboy roots living in the wilds of Minneapolis/St. Paul, Minnesota, and Pepin, Wisconsin, USA. In his 68 years, he has lived in a tent through a sub-zero winter; farmed soybeans; survived the psychedelic travails of Haight-Ashbury; created and lost a million-dollar-a-year business; trained with an armed, underground anti-war/Chicano power cadre during the Vietnam War; meditated and lived with his guru in India; done thousands of drawings and paintings; and founded/co-founded numerous organizations and businesses, among them Dougieland Studios, Art Jones Gallery, Art-A-Whirl, Grupo Soap del Corazón, The Borneo Group, Salon Artisimo, and Project Luna Brava.

Padilla has shown at the Museé Halle Saint Pierre in Paris, France; the National Mexican Museum of Art in Chicago; the Minneapolis Institute of Art; The Fredrick Weisman Museum; the Plains Museum in Fargo; on the streets and in the cultural centers of Chile; and in countless galleries and arts arenas throughout the Twin Cities and the U.S.A.

Dougie Padilla has served on boards and committees of numerous arts non-profits. He has received the Minnesota State Arts Board Fellowship; the Northeast Minneapolis Arts District Vision Award; several Ofrenda awards from CreArte, Chicano Latino Cultural Center and Museum; and the Jerome Foundation Travel Grant. He was named Minneapolis’ City Pages’ “Artist of the Year” and was nominated for a Bush Foundation lifetime achievement award. 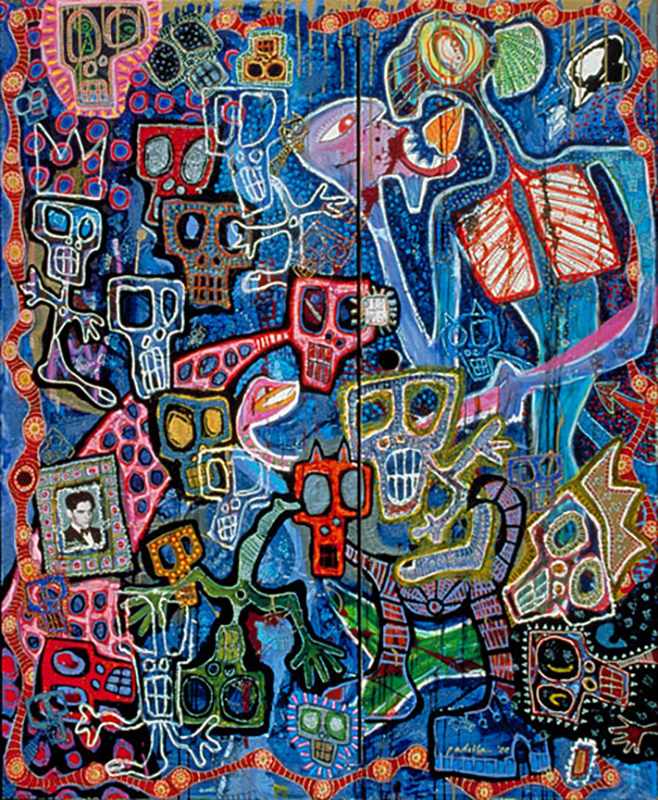 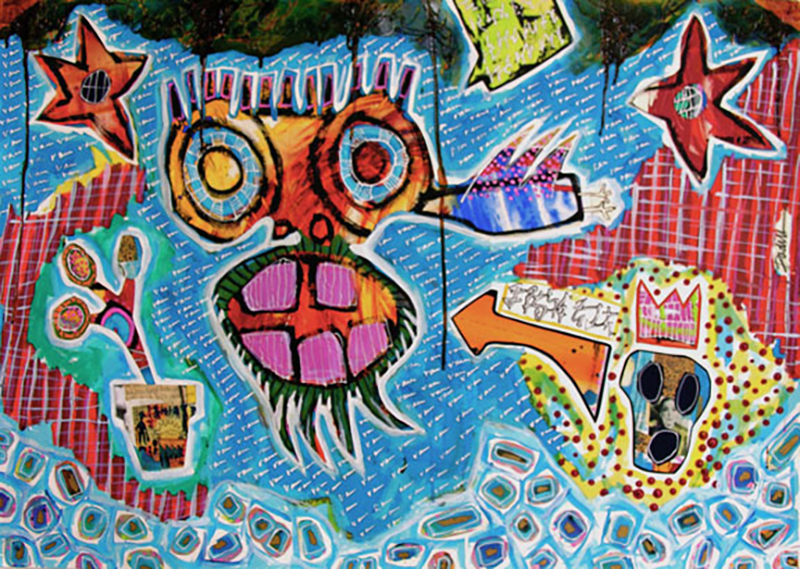 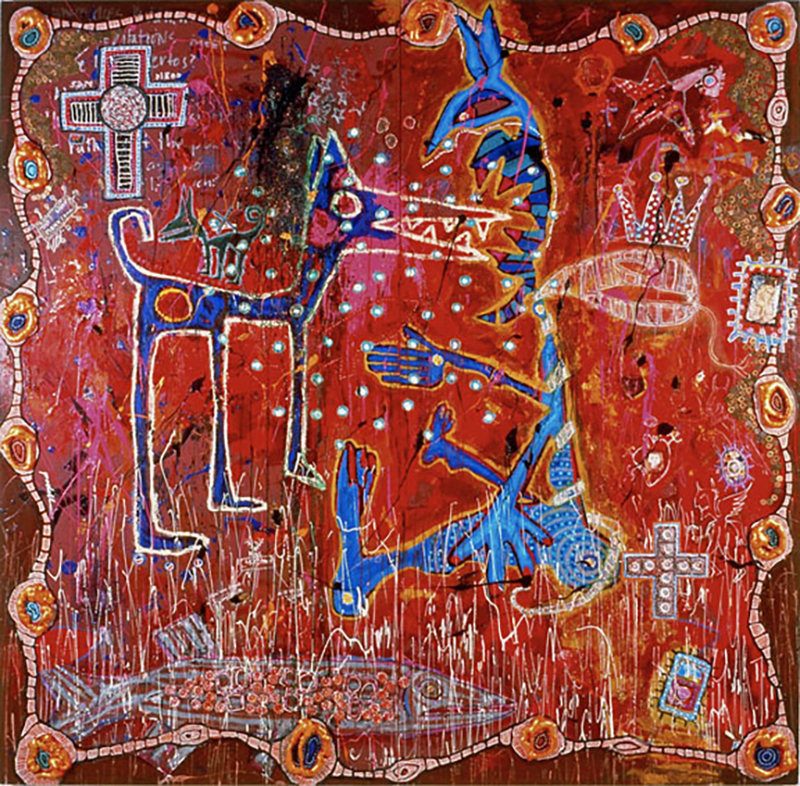 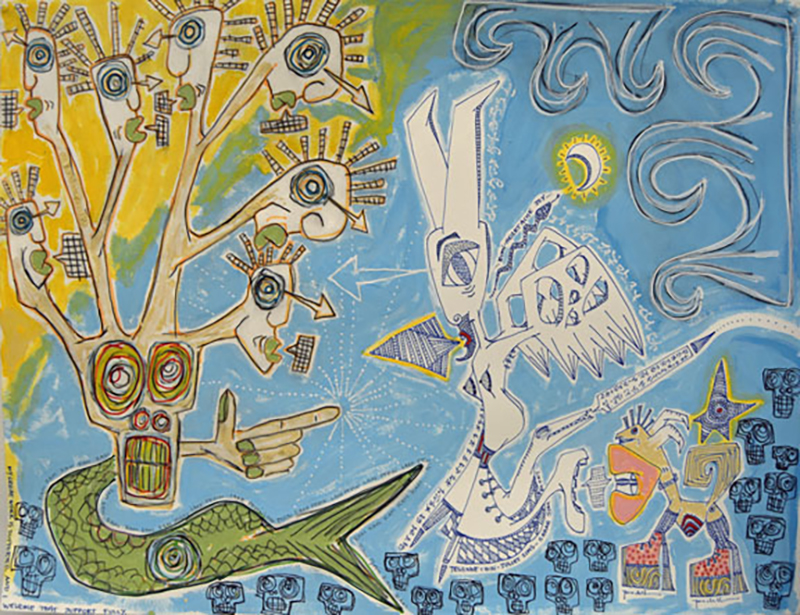 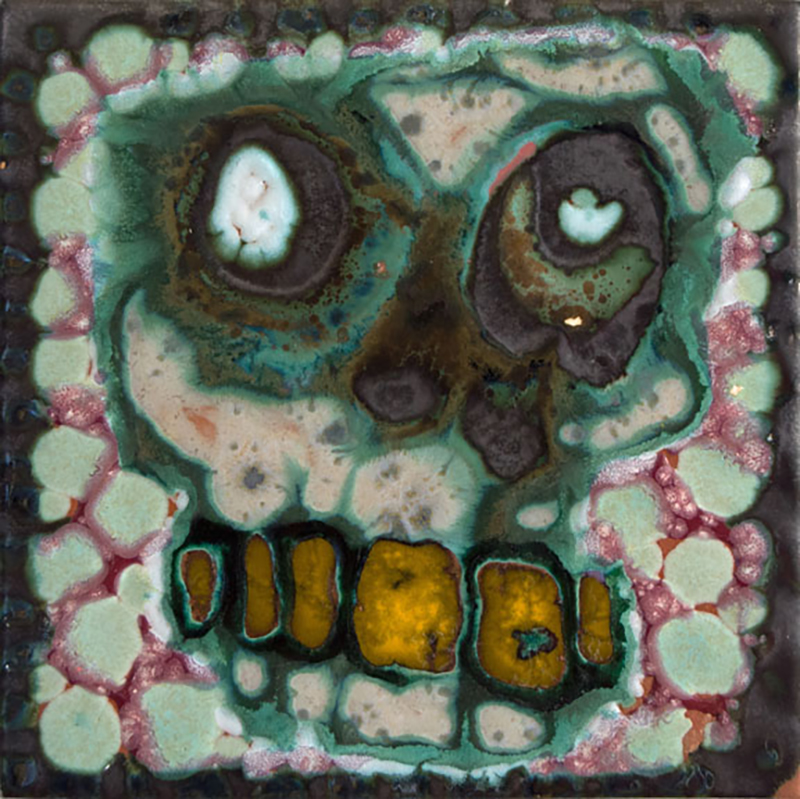